Here we have a scaled size comparison of these 4 lenses followed by a specs comparison to give you a better idea about what the new Tamron lens offers: (click on the image for larger version) 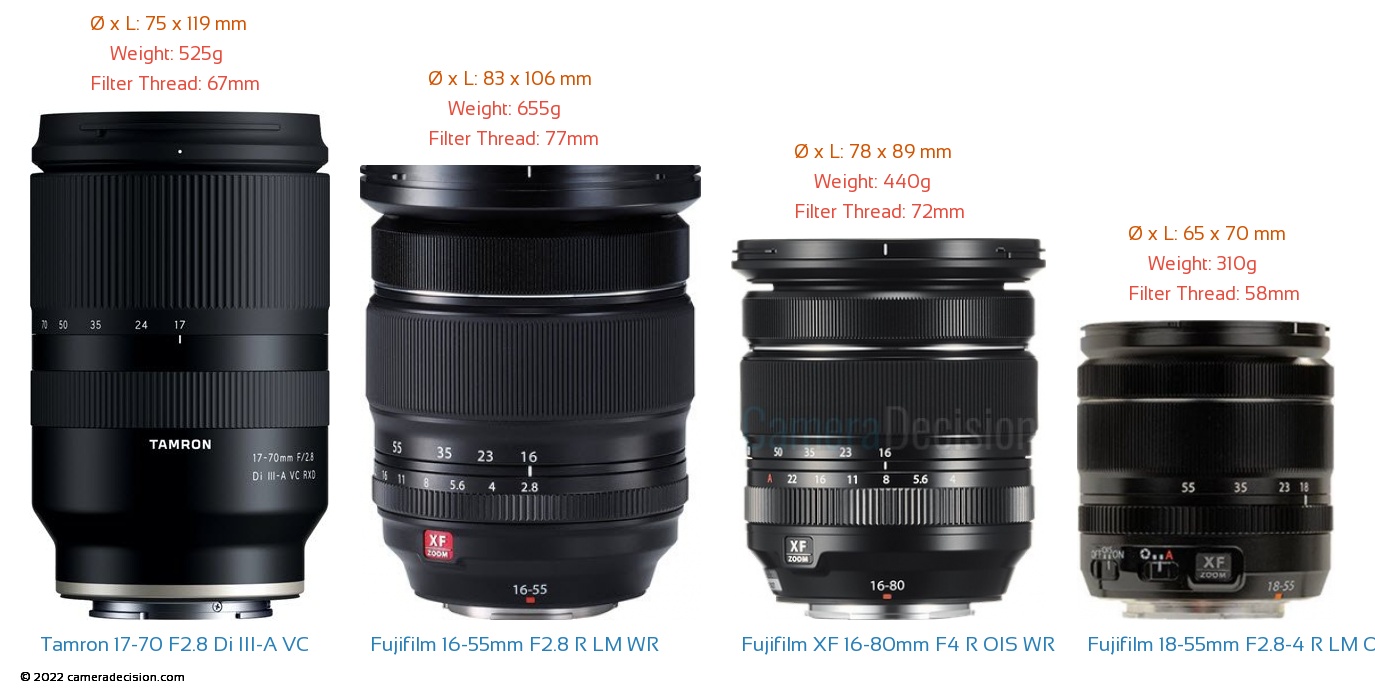 As seen on the image, Tamron is the tallest of the four but considering it is a constant F2.8 aperture and have a wide zoom range compared to all but 16-80mm, it is hard to blame the new lens. It is also lighter than the 16-55 F2.8 lens. One other advantage of the Tamron 17-70mm is that it is an internal zoom lens so don't change lenght when zooming, helps in case of gimbal stabilizer use.