100-400mm lenses have been very popular amongst photographers for sports, wildlife and any situation that requires a telephoto reach due to their versatile range, relatively compact size and price levels compared fast telephoto prime lenses. Here we will be comparing three 100-400mm telephoto zoom for the Sony E, Nikon Z and Canon RF mirrorless mounts: Sony FE 100-400mm F4.5-5.6 GM OSS,  Nikon Nikkor Z 100-400mm F4.5-5.6 VR S and Canon RF 100-400mm F5.6-8 IS USM, and also throw in the Canon RF 100-500mm F4.5-7.1L IS USM to the comparison since the Canon 100-400 has much slower aperture than the Sony and Nikon counterparts. 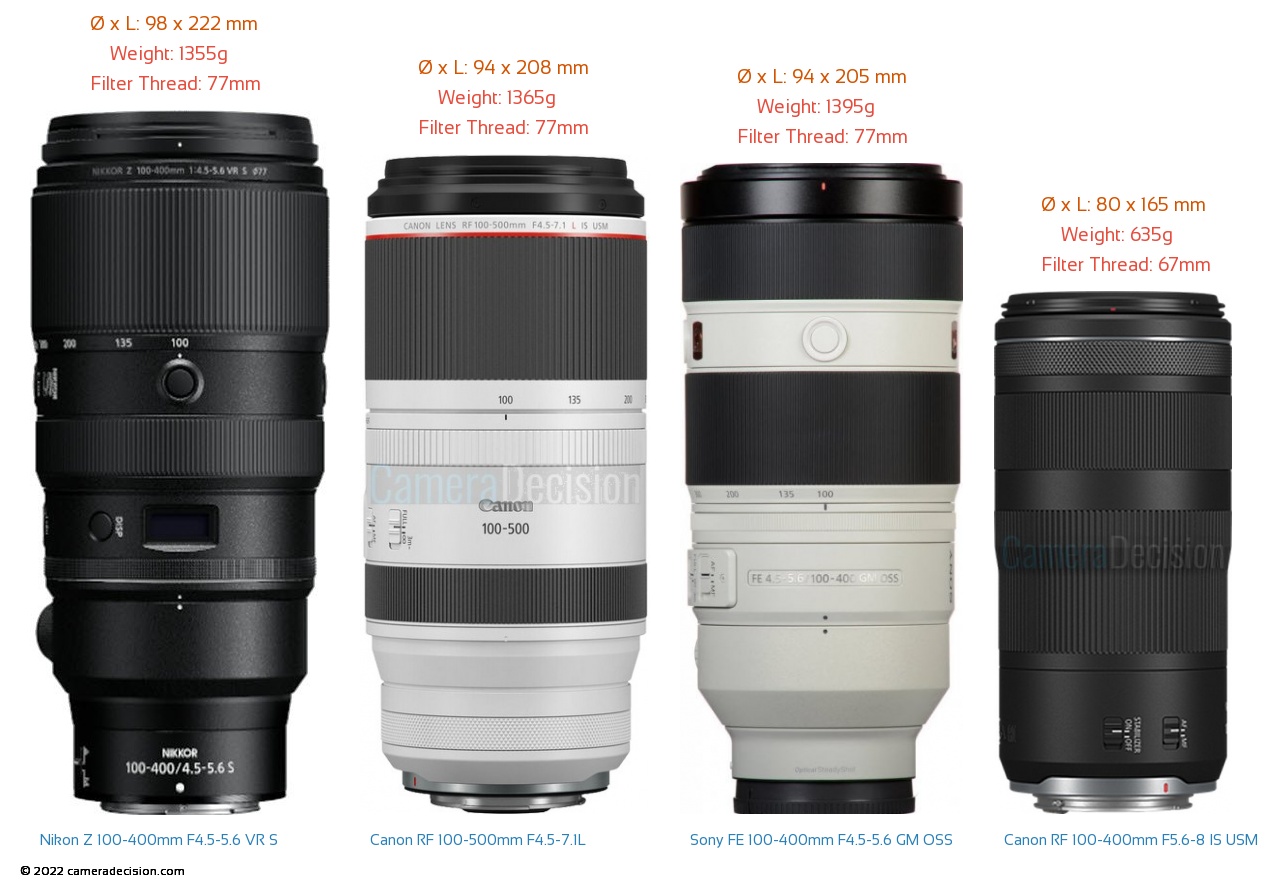 At 635gr, the Canon 100-400 is also much lighter than the other three which is achieved by both the compact size, less complicated optical structure (less glass) and higher percentage of plastic material use. Other lenses weigh in a very similar range so no distinguishers really in this regard.

Here is a spec and feature comparison of these four lenses to understand the differences between them.

If the compactness and light weight is the most important decision factor (or your budget is limited), Canon RF 100-400 is the way to go. On the other hand, faster aperture, optical quality and features are more important, and you have a higher budget, you will surely be choosing one of the other three lenses obviously.