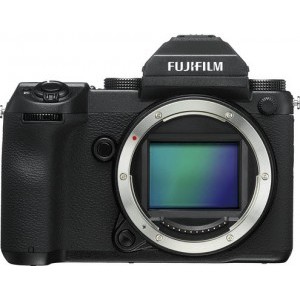 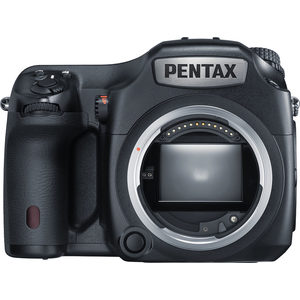 Here we are comparing two cameras with different body types: Fujifilm GFX 50S, which was introduced in January 2017 is a Pro Mirrorless camera with a 51.0MP Medium format sensor whereas Pentax 645Z, which was introduced in April 2014 is a Pro DSLR camera with a 51.0MP Medium format sensor. As you can see, 645Z is 3 years older than GFX 50S. Let's see if this age difference between two cameras makes a big difference.

Despite some fundamental differences of these two body types, Mirrorless cameras are becoming serious alternatives to DSLR cameras thanks to their size/weight advantages and recent improvements in their focus speeds , which makes this comparison even more interesting. Fortunately, you can't go wrong with any of these cameras as we rank them amongst Top 10 cameras in their classes. Fujifilm GFX 50S is ranked #8 out of 53 Pro Mirrorless cameras with an overall score of 93 whereas Pentax 645Z is ranked #3 out of 36 Pro DSLR cameras with an overall score of 80.

Here is a brief look at the main features of Fujifilm GFX 50S and Pentax 645Z before getting into our more detailed comparison.

Let's read on the following sections in order to better understand in detail how Fujifilm GFX 50S and Pentax 645Z compares and hopefully end up with enough arguments to decide which one is better for you.

Here is the back view size comparison of Fujifilm GFX 50S and Pentax 645Z.

Weight is another important factor especially when deciding on a camera that you want to carry with you all day. Fujifilm GFX 50S is significantly lighter (810g ) than the Pentax 645Z which may become a big advantage especially on long walking trips.

Also keep in mind that body weight is not the only deciding factor when comparing two interchangeable camera bodies, you have to also take into account the lenses that you will be using with these bodies. Since both Fujifilm GFX 50S and Pentax 645Z have the same Medium format sized sensor, their lenses for a similar focal length and aperture will be similar in size and weight.

Both GFX 50S and 645Z have weather sealings in their body, making them resistant to water and dust.

Since Pentax 645Z's has a larger sensor area with the same resolution, this means that it also has a larger pixel area hence better light collecting capacity for a given aperture compared to Fujifilm GFX 50S.

One other difference between these two cameras that is worth mentioning is that Pentax 645Z's sensor doesn't have an anti-alias (Low-Pass) filter. Removing anti-alias filter increases the sharpness and level of detail but at the same time, it increases the chance of moire occurring in certain scenes.

Below you can see the GFX 50S and 645Z sensor size comparison.

Fujifilm GFX 50S and Pentax 645Z have sensor sizes so they will provide same level of control over the depth of field when used with same focal length and aperture.

In this section, we rank and compare Fujifilm GFX 50S and Pentax 645Z for five different photography types in order to make your decision process easier in case you are specifically interested in one or more of these areas.

You may have already made your decision about which camera suits better for your needs and your budget so far but in case you wonder how we rated Fujifilm GFX 50S and Pentax 645Z, below you can find their scores in five different aspects. Our Decision Algorithm dynamically scores cameras using 63 different specs, current price and DxO Mark scores (where possible) in order to make a more objective and consistent comparison.

Here is a summary of how Fujifilm GFX 50S and Pentax 645Z scores compare:

Fujifilm GFX 50S is the clear winner of this comparison. It has a higher Overall Score and beats Pentax 645Z in all criteria. It has better general image quality, more features, more compact body and offers more value for the money