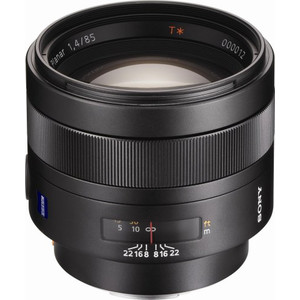 What type of photography is the Sony 85mm F1.4 ZA CZ lens good for?

The type of photography that you are planning to use the Sony 85mm F1.4 ZA CZ is an important decision factor. Here we have evaluated its suitability to various photography scenarios:

Here, we've included a summary of the advantages and disadvantages of the Sony 85mm F1.4 ZA Carl Zeiss Planar T lens in a list form to help you determine whether it offers the features you need.

Size and weight is a very important decision factor when searching for your next lens. Sony 85mm F1.4 ZA CZ has a maximum diameter of 82mm and total length of 73mm. It weighs 560g / 19.8 oz.

Sony 85mm F1.4 ZA CZ has a Max Magnification Ratio of 0.13x and has a minimum focusing distance of 0.85m. 0.13x means that the max magnification ratio is very low and not suitable even for modest close-up shots.

Sony 85mm F1.4 ZA CZ comes with a removable circular shaped lens hood which is handy to reduce lens flare and glare in your photos.