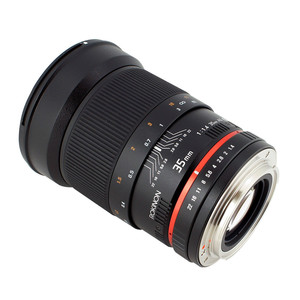 Here is the eight most popular comparisons of Rokinon 35mm f1.4 amongst Camera Decision readers.