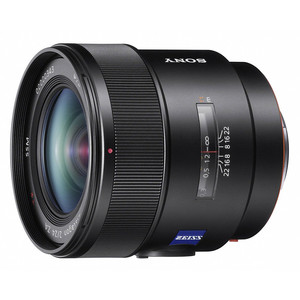 Size and weight is a very important decision factor when searching for your next lens. Sony 24mm F2 SSM CZ has a maximum diameter of 78mm and total length of 76mm.

Sony 24mm F2 SSM CZ has a Max Magnification Ratio of 0.29x and has a minimum focusing distance of 0.19m. For a non-macro lens, the 0.29x is considered a high magnification and will come handy for close-up shots.

Sony 24mm F2 SSM CZ comes with a removable lens hood which is handy to reduce lens flare and glare in your photos.