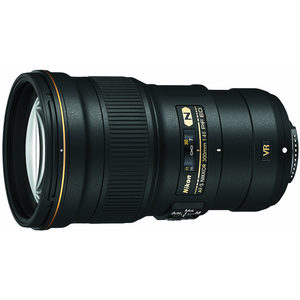 Nikon 300mm f4E PF VR is compatible with the Teleconverter lenses below:

Nikon 300mm f4E PF VR features an optical image stabilization system which helps to reduce the blur that occurs due to shaking during hand-held shooting.

Nikon 300mm f4E PF VR comes with a removable lens hood which is handy to reduce lens flare and glare in your photos. The model number of the hood is HB-73.