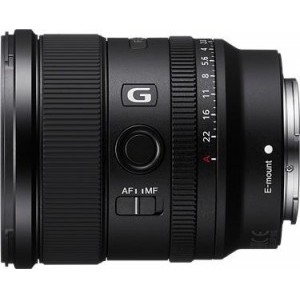 Sony FE 20mm F1.8 G is a member of Sony's G series of lenses. Below you can see the latest lenses in this series.

Sony FE 20mm F1.8 G comes with a removable lens hood which is handy to reduce lens flare and glare in your photos.