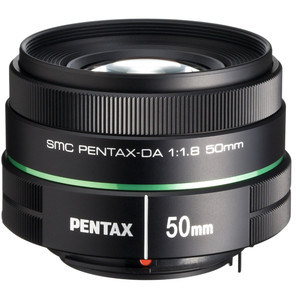 Size and weight is a very important decision factor when searching for your next lens. Pentax 50mm F1.8 has a maximum diameter of 63mm and total length of 39mm.

Pentax 50mm F1.8 doesn't come with a lens hood but there is an optional lens hood with a part code of RH-RA that you can order separately.

Here is the eight most popular comparisons of Pentax 50mm F1.8 amongst Camera Decision readers.