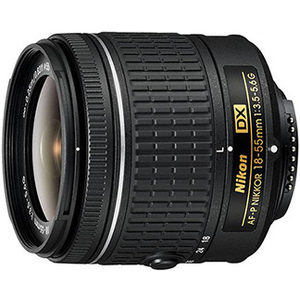 Size and weight is a very important decision factor when searching for your next lens. Nikon 18-55mm F3.5-5.6G has a maximum diameter of 65mm and total length of 63mm when not extended .

Nikon 18-55mm F3.5-5.6G features Rotary (extending) zoom method where the length of the lens changes as you zoom in or out. This makes it possible to design the lens with a smaller minimum length ( generally when it is zoomed out) compared to internal zoom lenses. The disadvantages of this design are being harder to seal against dust and moisture, weight balance shifting while zooming and zoom creep in certain lenses.

Nikon 18-55mm F3.5-5.6G has a Max Magnification Ratio of 0.38x and has a minimum focusing distance of 0.25m. For a non-macro lens, the 0.38x is considered a high magnification and will come handy for close-up shots.

Nikon 18-55mm F3.5-5.6G doesn't come with a lens hood but there is an optional lens hood with a part code of HB-N106 that you can order separately.

Here is the eight most popular comparisons of Nikon 18-55mm F3.5-5.6G amongst Camera Decision readers.