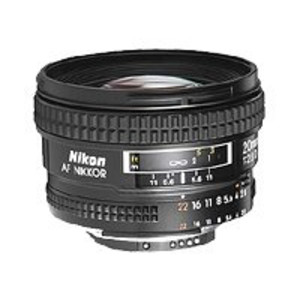 x
Add a Camera for comparison
Nikon 20mm f2.8D is an Auto Focus (AF) Ultra-Wideangle Prime lens with 35mm FF max sensor coverage and it is designed to be used with Nikon F (FX) mount cameras.

Nikon 20mm f2.8D doesn't come with a lens hood but there is an optional lens hood with a part code of HB-4 that you can order separately.

Here is the eight most popular comparisons of Nikon 20mm f2.8D amongst Camera Decision readers.