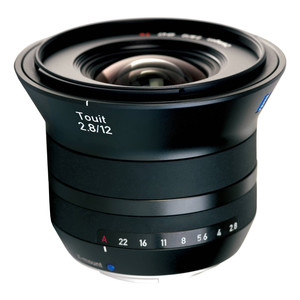 x
Add a Lens for comparison

Carl Zeiss Touit 2.8/12 is an Auto Focus (AF) Wideangle Prime lens with APS-C / DX max sensor coverage and it is designed to be used with Sony E mount cameras.

We couldn't find any significant Cons for Carl Zeiss Touit 2.812