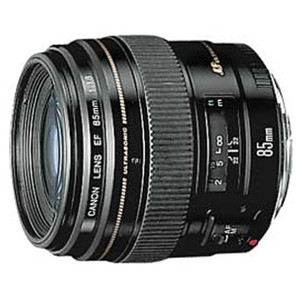 x
Add a Camera for comparison
Canon 85mm f1.8 USM is an Auto Focus (AF) Telephoto Prime lens with 35mm FF max sensor coverage and it is designed to be used with Canon EF mount cameras.

Alternatively, you can check the Canon 100mm f2.8L Macro IS USM in Canon EF mount that have similar focal range but features Optical Image Stabilization.

Canon 85mm f1.8 USM has a Max Magnification Ratio of 0.13x and has a minimum focusing distance of 0.85m. 0.13x means that the max magnification ratio is very low and not suitable even for modest close-up shots.

Canon 85mm f1.8 USM doesn't come with a lens hood but there is an optional lens hood with a part code of ET-65 III that you can order separately.

Here is the eight most popular comparisons of Canon 85mm f1.8 USM amongst Camera Decision readers.