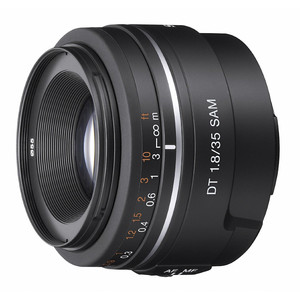 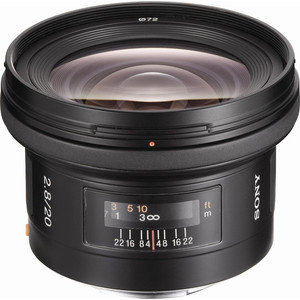 In this review, we will be comparing Sony DT 35mm F1.8 SAM and Sony 20mm F2.8, two Wideangle Prime lenses by Sony.

The type of photography that you are planning to use is an important decision factor. Here we have evaluated the Sony DT 35mm F1.8 SAM and the Sony 20mm F2.8 for their suitability to various photography scenarios:

Weight of a lens is as important as its external dimensions, especially if you are planning to hand hold your camera and lens combination for longer periods. Sony DT 35mm F1.8 SAM weighs 170g, which means it is 115g (40%) lighter than the Sony 20mm F2.8 which has a weight of 285g.

Both Sony DT 35mm F1.8 SAM and Sony 20mm F2.8 has the same Sony Alpha lens mount. Some of the latest released cameras that are compatible with the Sony Alpha lenses are Sony A68, Sony A77 II and Sony A58.