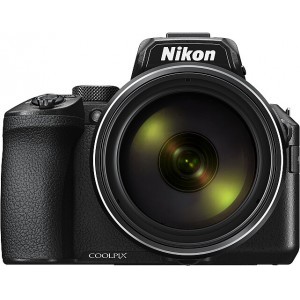 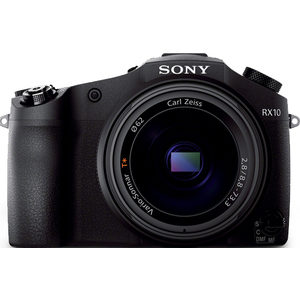 Here we are comparing two Compact cameras from Nikon and Sony. Nikon P950 was introduced to market in January 2020 and Sony RX10 was launched in March 2014. As you can see, RX10 is 6 years older than P950. Let's see if this age difference between two cameras makes a big difference.

Let's have a brief look at the main features of Nikon P950 and Sony RX10 before getting into our more detailed comparison.

Let's read on the following sections in order to better understand in detail how Nikon P950 and Sony RX10 compares and hopefully end up with enough arguments to decide which one is better for you.

Size and weight is a big decision factor when you are trying to find the ideal camera for your needs. In this section, We are going to illustrate Nikon P950 and Sony RX10 side-by-side from the front, back and top in their relative dimensions.

Below you can see the front view size comparison of Nikon P950 and Sony RX10. Sony RX10 is clearly the smaller of the two cameras. Its body is 11mm narrower, 22mm shorter and 48mm thinner than Nikon P950. 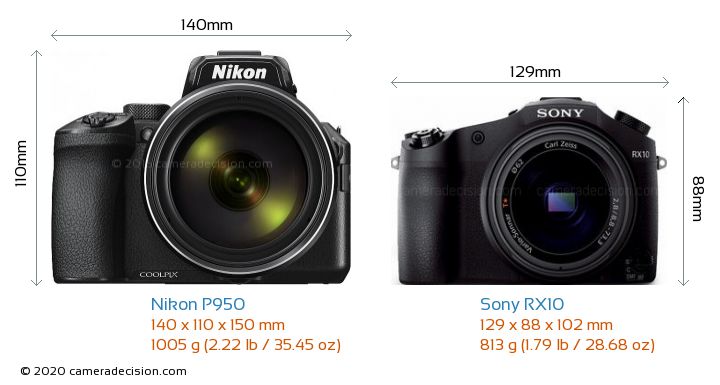 Here is the back view size comparison of Nikon P950 and Sony RX10. 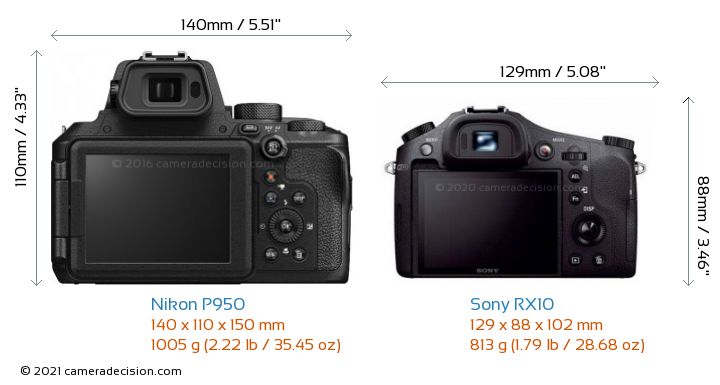 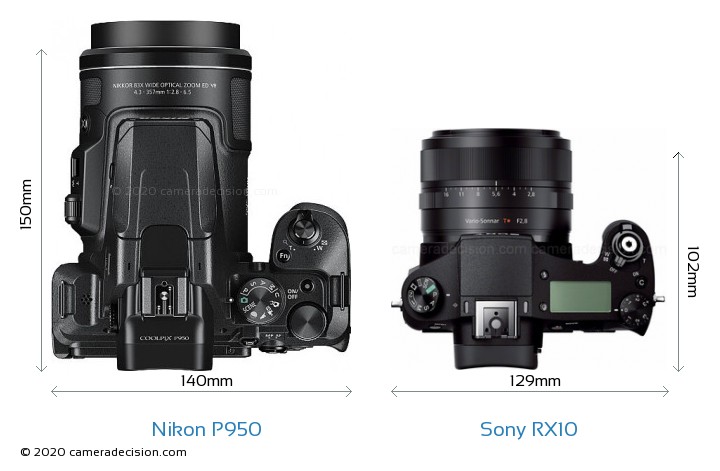 Weight is another important factor especially when deciding on a camera that you want to carry with you all day. Sony RX10 is significantly lighter (192g ) than the Nikon P950 which may become a big advantage especially on long walking trips.

Thanks to the weather sealed body of RX10, you can use this camera with more confidence under conditions where there is risk of exposure to water and dust compared to P950.

Below you can see the P950 and RX10 sensor size comparison. 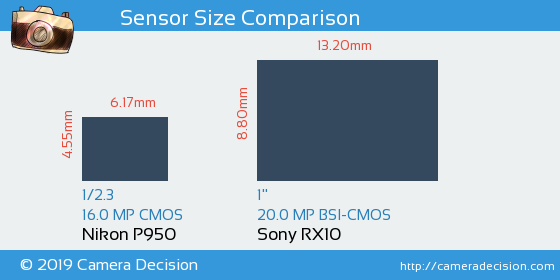 As seen above, Sony RX10 has a 4.1x Larger sensor area than Nikon P950. Larger sensors give photographer more control on the depth of field and blurry background compared to smaller sensor when shot in same focal length and aperture.

P950
RX10
Fastest - Sony RX10 III
Average
In this section, we rank and compare Nikon P950 and Sony RX10 for five different photography types in order to make your decision process easier in case you are specifically interested in one or more of these areas.

You may have already made your decision about which camera suits better for your needs and your budget so far but in case you wonder how we rated Nikon P950 and Sony RX10, below you can find their scores in five different aspects. Our Decision Algorithm dynamically scores cameras using 63 different specs, current price and DxO Mark scores (where possible) in order to make a more objective and consistent comparison.

Here is a summary of how Nikon P950 and Sony RX10 scores compare:

Sony RX10 scores higher than the Nikon P950 thanks to its better general imaging quality, compact size and higher value for the money. On the other hand, Nikon P950 has some extra features which may become a game changer if you have some specific requirements.
We recommend you to read our detailed Pro's and Con's section and see if any Pro of Nikon P950 is a must-have for you. If not, choose the Sony RX10.