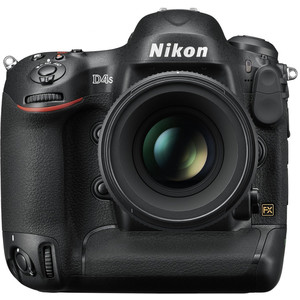 Here we are comparing two cameras with different body types: Canon G5 X, which was introduced in September 2015 is a Large Sensor Compact camera with a 20.0MP 1-inch sensor whereas Nikon D4s, which was introduced in February 2014 is a Pro DSLR camera with a 16.0MP Full frame sensor. There is 19 months difference between G5 X and D4s so we don't expect to see a huge technology difference between these two cameras but it would still give an advantage to younger G5 X, especially in sensor tech.

Comparing a DSLR camera to a Fixed Lens camera is not an easy task but we will do our best to make this a fair comparison. Fortunately, you can't go wrong with any of these cameras as we rank them amongst Top 10 cameras in their classes. Canon G5 X is ranked #9 out of 63 Large Sensor Compact cameras with an overall score of 69 whereas Nikon D4s is ranked #6 out of 36 Pro DSLR cameras with an overall score of 75.

Here is a brief look at the main features of Canon G5 X and Nikon D4s before getting into our more detailed comparison.

Nikon D4s was replaced by Nikon D5. You may also be interested in these comparisons:
Nikon D5 vs Nikon D4s
Nikon D5 vs Canon PowerShot G5 X

Let's read on the following sections in order to better understand in detail how Canon G5 X and Nikon D4s compares and hopefully end up with enough arguments to decide which one is better for you.

Below you can see the front view size comparison of Canon G5 X and Nikon D4s. Canon G5 X is clearly the smaller of the two cameras. Its body is 48mm narrower, 81mm shorter and 47mm thinner than Nikon D4s. As you can tell, actually this is not a fair size comparison since Canon G5 X has a built-in lens but Nikon D4s doesn't. Once you put a lens on D4s, its thickness will increase significantly.

Here is the back view size comparison of Canon G5 X and Nikon D4s.

Weight is another important factor especially when deciding on a camera that you want to carry with you all day. Canon G5 X is significantly lighter (997g ) than the Nikon D4s which may become a big advantage especially on long walking trips.

Again, this comparison may not be very useful in real life as we are comparing the weight of a camera with a built-in lens to the body-only weight of an interchangeable lens camera. Once you put a lens on D4s, the total kit will weigh much higher.
Weather Sealing

Thanks to the weather sealed body of D4s, you can use this camera with more confidence under conditions where there is risk of exposure to water and dust compared to G5 X.

On the other hand, Canon G5 X sports a Fully Articulated screen which you can change the angle and position of the screen almost freely, making it possible to shoot from waist or over the head levels, and especially very useful for shooting selfies and video. On the other hand, Nikon D4s has a fixed type screen which provides almost no flexibility in shooting positions compared to G5 X.
Canon G5 X has a 20.0MP 1-inch (13.2 x 8.8 mm ) sized BSI-CMOS sensor and features DIGIC 6 processor. On the other hand, Nikon D4s has a 16.0MP Full frame (36 x 23.9 mm ) sized CMOS sensor and features Expeed 4 processor.

Below you can see the G5 X and D4s sensor size comparison.

As seen above, Nikon D4s has a 7.4x Larger sensor area than Canon G5 X. Larger sensors give photographer more control on the depth of field and blurry background compared to smaller sensor when shot in same focal length and aperture.


DxOMark is a benchmark that scientifically assesses image quality of camera sensors. It scores camera sensors for color depth (DXO Portrait), dynamic range (DXO Landscape) and low-light sensitivity (DXO Sports), and also gives them an overall score. Canon G5 X and Nikon D4s sensors have been tested by DxO and the results show that D4s has a better overall score of 89, 27 points higher compared to G5 X's score of 62.

In this section, we rank and compare Canon G5 X and Nikon D4s for five different photography types in order to make your decision process easier in case you are specifically interested in one or more of these areas.

You may have already made your decision about which camera suits better for your needs and your budget so far but in case you wonder how we rated Canon G5 X and Nikon D4s, below you can find their scores in five different aspects. Our Decision Algorithm dynamically scores cameras using 69 different specs, current price and DxO Mark scores (where possible) in order to make a more objective and consistent comparison.

Here is a summary of how Canon G5 X and Nikon D4s scores compare:

Nikon D4s has a higher Overall Score than the Canon G5 X mainly because of its huge advantage in Image quality. In all other areas, Canon G5 X excels. It is a tough choice!
If image quality is your priority, get the Nikon D4s.
If you are ready to compromise image quality for extra features, compactness and value, choose Canon G5 X