Below you can see the front view size comparison of Sony A77 II and Sony A7 II. Sony A7 II is clearly the smaller of the two cameras. Its body is 16mm narrower, 8mm shorter and 21mm thinner than Sony A77 II. 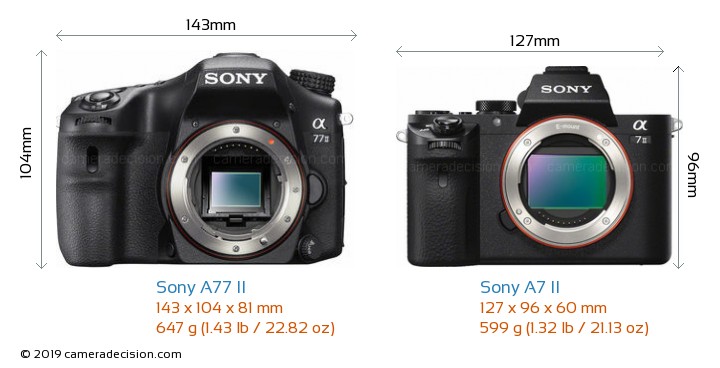 The chart below depicts how two cameras compare with average dimensions of the cameras in their class.